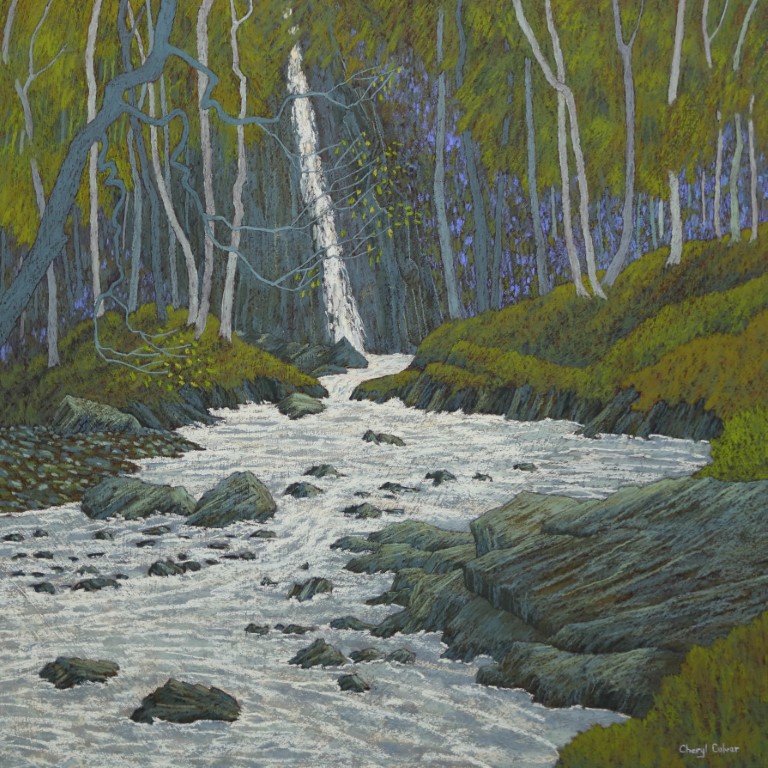 Studied Fine Art at Leicester College of Art & Design. After graduating she spent 18 months in Mauritius with the International Voluntary Service as an artist. On her return to England she established a partnership working in property renovation and interior design using her skills to produce the architectural drawings and artists impressions of projects undertaken.

In 1982 she formed a business with her sister Val Gould, a silversmith. Using Val’s silversmithing skills and Cheryl’s draughtsmanship, they produced a range of etched brass bowls, door plates, coasters etc. A bowl created by them was accepted by the Victoria & Albert Museum for its permanent collection.

In 1990 in commemoration of the evacuation of Dunkirk she produced a Limited Edition of 150 pairs of brass etched coasters. Edition No. 2 was presented by her at the opening of the Dunkirk Exhibition in Dover to Winston Churchill MP grandson of the late Sir Winston Churchill. Edition No. 3 was presented to Major General Ramsay son of the late Admiral Ramsay who masterminded the Dunkirk Evacuation in 1940. Edition No. 1 was accepted by H.R.H Prince Philip the Duke of Edinburgh.

Cheryl lives in Sandwich where she has a custom built studio in her garden. Quiet unspoilt places are her inspiration and she shares these with her English Setter and her sketch book.

Her work has been exhibited throughout the UK and France.

I am a landscape painter because the countryside is the place where I feel most at ease. I do feel it is possible to have a spiritual connection with the natural world, and I hope that my paintings reflect this.

It is good to be humbled by nature and what better than a vast and powerful landscape or a mighty oak tree to do just that. Mankind needs to learn his place in the grand scheme of things. We have an amazing world around us, which survives in spite of all we do to destroy it. If one painting can communicate some of this magic, then a miracle has occurred. On another level, the natural world has its own symmetry. To me, as an artist, it is a matter of following the rules of that symmetry, and the painting will create its own conviction without the aid of photographic realism.

To draw the landscape is the point of contact. It is the most important part of the process — the catalyst for the final work.

The Artist Magazine ‘ Exploring the Landscape with Pastels’ March Edition 2019 *

My pastel painting ‘The Pass’ is the cover image for this book ‘Life after a partner’s Suicide Attempt’ by Francis Mc Givern, published by Karnac Books.
https://www.karnacbooks.com/product/life-after-a-partners-suicide-attempt/95608/

(* Articles created and written by Cheryl) 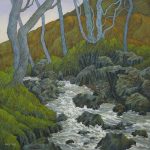 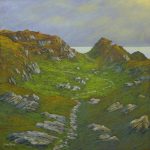 My works at the RBA Annual Exhibition at the Mall Galleries 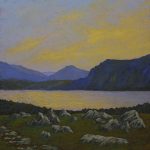 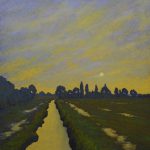 The Pastel Society at the RAC Club Pall Mall 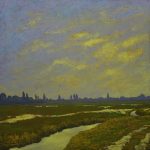 My work at the Pastel Society Annual Exhibition – Mall Galleries 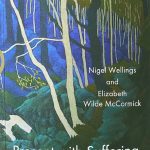 My painting ‘The Gorge’ as a cover image 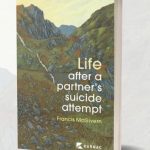 My painting ‘The Pass’ – Cover Image 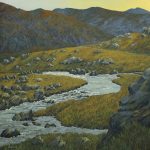 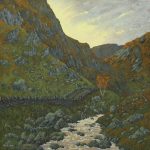